A Latin motto is imprinted in one of the Siena gates: “Cor magis tibi Sena pandit” that means Siena makes your heart bigger (than the gate you are going through). In these words is possible to find big part of the Siena beauty: a city that under the surface of a highly tourist medieval town, is able to conquered and amazed all her visitors. Siena is mainly Palio, and Palio is overall Siena: never think that the Palio is only a horse riding in the middle of the city centre such as one of the many medieval Italian plays. The Palio, which originated in the 1200, is the soul of Siena and Sienese still nowadays, every year, suffer and celebrate the loss and the wins of their Contrada. The Contradas are the 17 neighbours in which the city is divided. They are a determining part of Siena's everyday life, forming a particular social system and creating an unbreakable net of different type of people. This aspect is present all around the year and not only during the two horse ridings on the 2nd of July, and the 16th of August.

According to legend, Siena was founded by Senio, twin of Ascanio, sons of Remo, brother of the founder of Rome. This confirm the ancient and long history of Siena that started with Etruscan population around 700 years BC. The small Roman military colony of Saena Iulia, based on previous Etruscan village, became one of the most flourishing and evolved Italian Republics in medieval times. In Siena is also possible to find the longest bank in the world, the beautiful Renaissance art by Duccio di Buoninsegna, the oldest hospital in Europe “Santa Maria della Scala”, the majestic unfinished Duomo and the University, one of the oldest in Italy.

The city is full of architectural and artistic surprises in every corner or narrow roads and the entire historical centre was declared an UNESCO World Heritage in 1995. 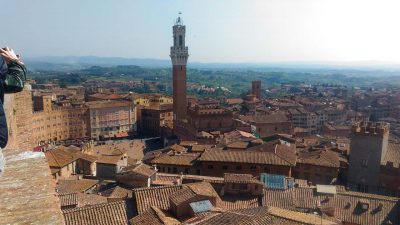 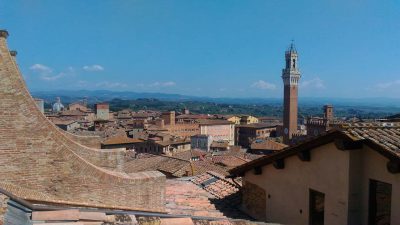 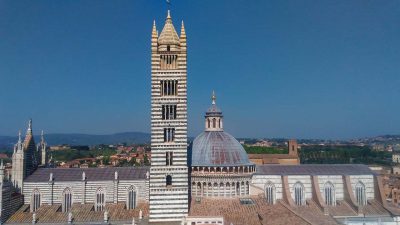 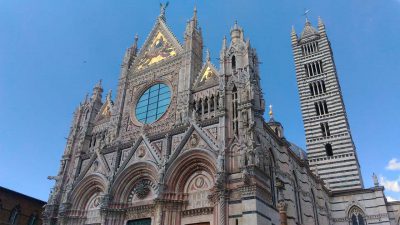 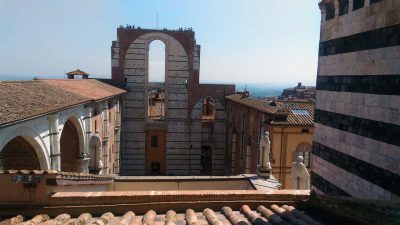 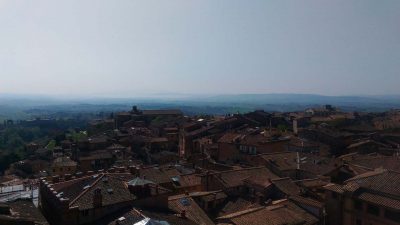 Tell Us what you like.
We will prepare a custom hike,
just for you